This book took me by surprise in an amazing way. I absolutely loved this book and the messaging that was instilled in the story. As I was reading this book, I felt lighter. The messaging made me stop and really absorb the story and the characters more.

While, you might think that with a strong messaging that the story can be heavy or too preachy and that is not the cause at all. The characters are very engaging but thoughtful as well. Mostly Kat as she is the one that really has her eyes opened with the different situations she encounters. To the point that she realizes that she has not been as “observant” as she should or needed to be. Luckily, she still had time to make things right. The Observer by Todd Stottlemyre is a definite five star recommended read!

-Purchasing Details: “The Observer” is available for Pre-Order on Amazon, Books-a-Million, Bookshop, and Barnes & Noble. 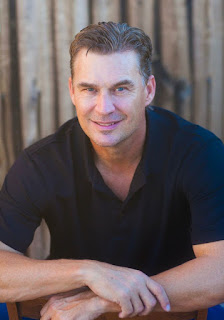 Todd Stottlemyre is a former Major League Baseball pitcher who played for 15 seasons most notably as a member of the Toronto Blue Jays with whom he won two World Series championships. He also played for the Oakland Athletics, St Louis Cardinals, Texas Rangers, and the Arizona Diamondbacks. Awarded for his outstanding integrity and dedication to community service, he received the prestigious Branch Ricky Award and the Lou Gehrig Award.